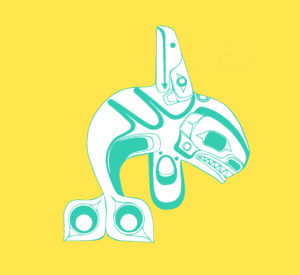 History of the Project: Our Story

How We Engage: Our Working Principles

We welcome new members to the Collective who are interested in growing conscious, collective and allied peacebuilding, across organizations, communities, cultures and systems.  Contact Lorelei or Christine at the emails below.

Ruth Alfred, Namgis Elder and Knowledge Keeper, Founding member. Ruth is from Alert Bay and has served as an Elder Support Worker and Family counselor for over 16 years in Vancouver. Currently Elder-in-Residence offering culturally-based counselling at Lula and Heatley Health Clinics, before retirement Ruth worked with the Aboriginal Friendship Centre and Pacific Association of First Nations Women developing programming that connects health care with Indigenous cultural community. Ruth is grandmother to 6 and a greatgrandmother to 2.

Jackson Dionne, Founding member, is from the Carrier/Sekani Nation, and has worked in the Alcohol and Drug Counselling field since 2001. An awarded counsellor, program director, and practice developer, he has developed culture-based programming at Native Counselors and Courtworkers Association, Cwenengital Healing Society, and now with Aboriginal Front Door Society, incorporating recovery, art therapy, community engagement and governance. With his BA in Psychology, a Certified Counselor and completing his Masters in Communications, Jackson focuses on connecting the roots of recovery with community and leadership. “Healing is collective,” he says, instigating the Restoring Circles program. Jackson is active in Toastmasters, runs marathons, and has been married since 2001.

Sandra Greene, Haida Elder and Knowledge Keeper. Sandra is of the Haida Nation, of the Eagle Clan and with over fifteen years experience in Administration and Management of developmental programs for families, youth, art and governance. She has organized and facilitated community, regional and national forums in the fields of Health, Women, and Indigenous governance, and has led policy-making, project management, organizing, public relations and workshop facilitation. She led and facilitated Vancouver Aboriginal Child Family Services Society’s Strengthening Families program, with master storyteller Woody Morrison LLB, for 10 years. Sandra has represented on numerous boards, including the Council of Haida Nation; Board of Directors for Native Education College for over 10 years; Vancouver Aboriginal Transformative Justice Society; Vi Fineday Transition Home as well as many others. She is an active artist and traveller, and provides cultural leadership to community services across the Lower Mainland. 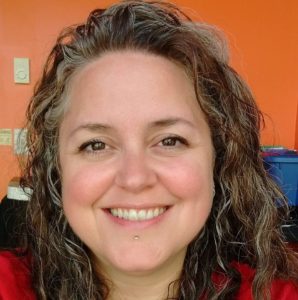 .  Kaen is originally from Montreal, with ancestors from the Red Rock Nation in Northern Ontario, and has been joyfully fortunate to call the unceded and gorgeous territories of the xʷməθkwəy̓əm (Musqueam), Skwxwú7mesh (Squamish), and Səl̓ílwətaʔ/Selilwitulh (Tsleil-Waututh) Nations her home for 25 years. Kaen is both honoured and excited to be lending her 20+ years of non-profit experience and skills to The Circles Project, because it is both an opportunity to connect meaningfully with her stolen heritage, and to pro-actively contribute to Restorative Justice. The time is now!   kaen@restoringcollective.ca 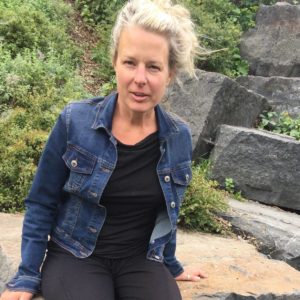 Christine Spinder  Christine is a facilitator, coach and educator with 20+ years of leadership in social innovation, Indigenous-Ally collaboration and community development, with a deep focus on peacebuilding and sustainable systems. First generation on this soil, she comes from a lineage of Slovak labour and civil rights activists and artists. Christine was co-Producer with Joleen Mitton for the inaugural, game-changing Vancouver Indigenous Fashion Week, and she’s been awarded multiple times nationally for her social innovation projects, including being named an Ashoka Social Innovator. With a Masters in Transformational Psychology and Leadership, she integrates practices in embodiment and creativity in all her work, with the social transformation consultancy www.emergecollab.com   “My call is to liberatory practice to end the cult of violence. ‘Power With’ each other is the joyful call to be whole and connected.”  christine@restoringcollective.ca 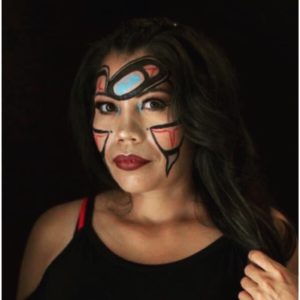 Lorelei Williams, (Indigenous Women in Community Leadership, 2018) is an Interior Salish/Coast Salish woman from Skatin Nations/Sts’Ailes, Vancouver, BC. She a single mom raising two beautiful and amazing children, and is back at Capilano University to finish her Bachelor’s degree in Tourism and Business Management. Lorelei is raising awareness and advocating for victims and families of MMIWG through Butterflies in Spirit – a dance group she founded in 2012. The group is comprised of family members of MMIWG and was formed with the goal of empowering Indigenous women in her community, and raising awareness about her aunt Belinda Williams who went missing in 1978, and her cousin Tanya Holyk who was murdered in 1996.  As a Research Assistant at Sovereign Bodies Institute (SBI), located on Wiyot and Ohlone territories, in Northern California, Lorelei is developing “Butterflies in Spirit: Dance, Healing, MMIWG” – a project aimed at producing an understanding and awareness of how dance can be utilized as healing practice for both Indigenous survivors of violence and their families, as well as those impacted by the MMIWG crisis, through research, skill-building, and public awareness. She is also part of the Missing and Murdered Indigenous Women Coalition, a diverse group of more than 25 urban community and political advocacy groups and family members of MMIWG.  “My wish is that violence would end for women and girls around the world.”  Lorelei@restoringcollective.ca